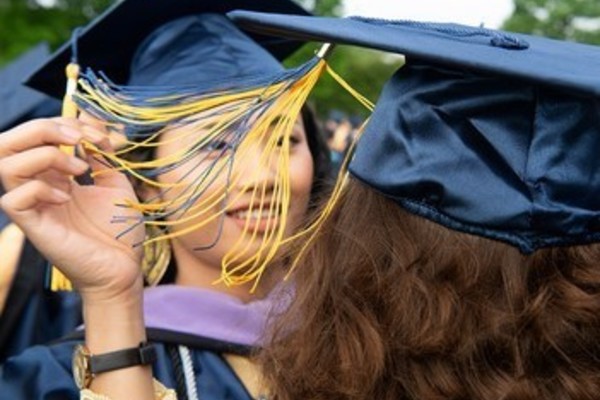 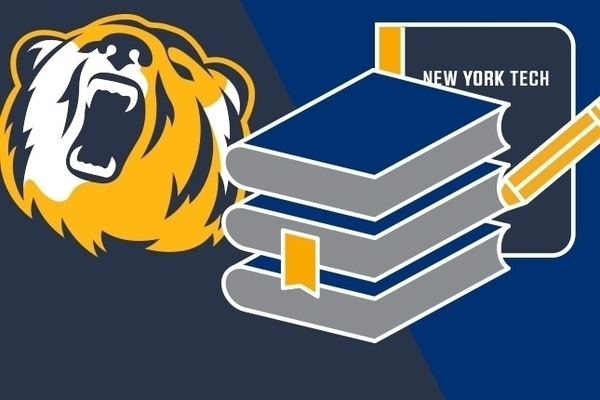 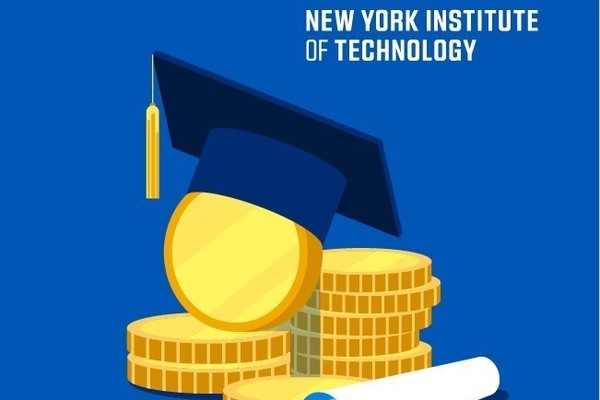 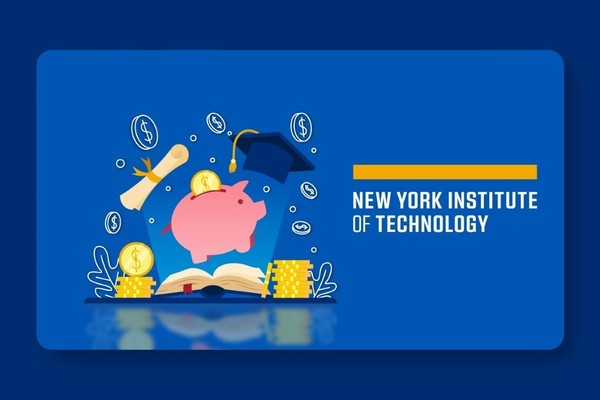 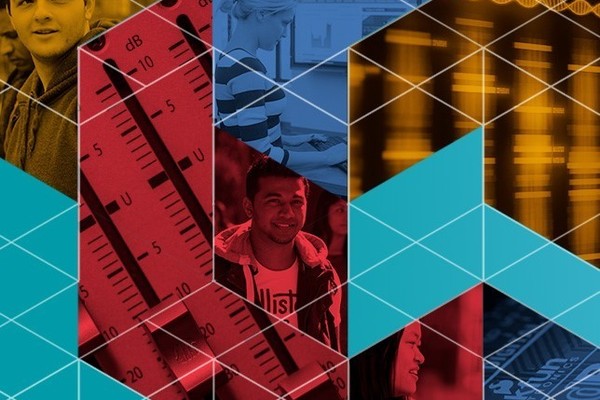 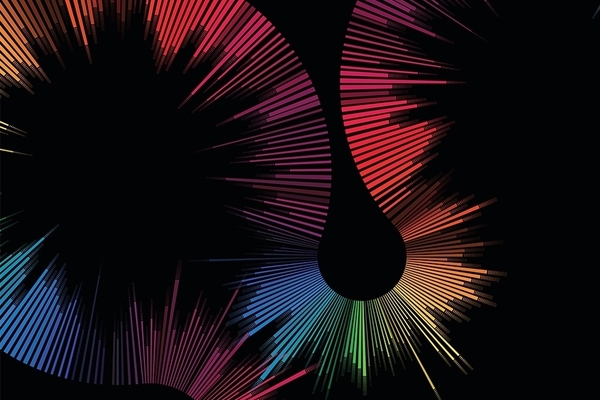 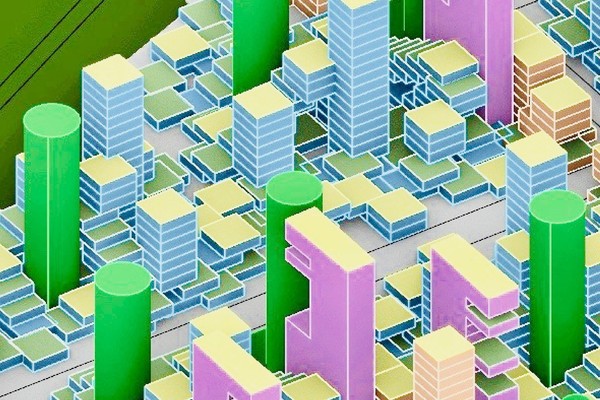 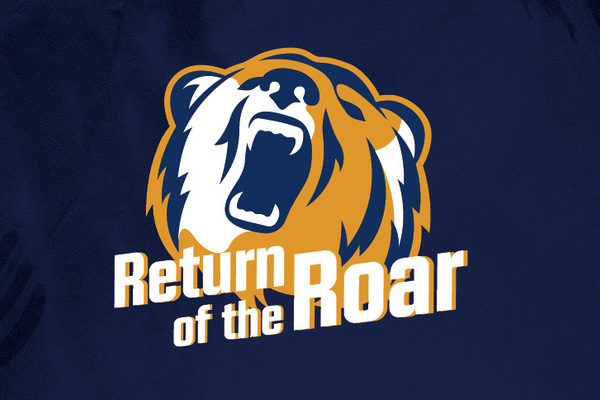 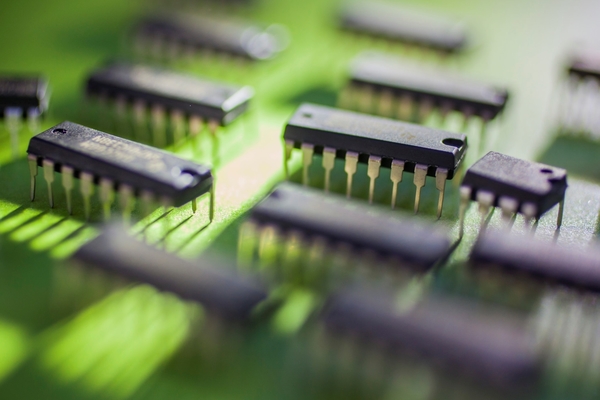 Academic Award - Jun 13
Omicron Delta Kappa Celebrates New Members
Omicron Delta Kappa, the National Leadership Honor Society, welcomed 320 new initiates from 15 universities during May 2022. Students initiated into the Society must be sophomores, juniors, seniors, or graduate/professional students in the top 35% of their class, demonstrate leadership experience in at least one of the five pillars, and embrace the ODK ideals. Fewer than five percent of students on a campus are invited to join each year. 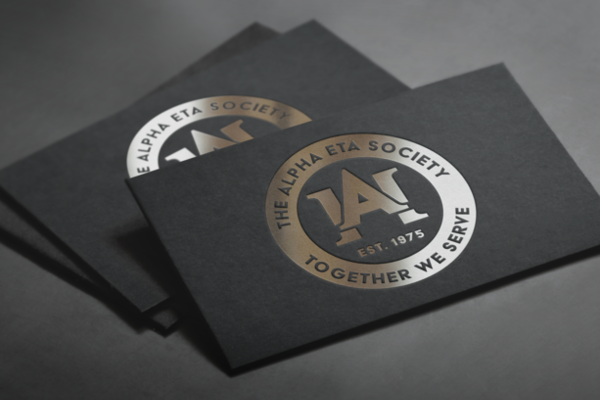 Class of 2022 Alpha Eta Honor Society Inductions
Each spring, New York Institute of Technology's School of Health Professions inducts senior students from all health disciplines into the Alpha Eta Honor Society. With the motto "Together We Serve," the national honor society promotes and recognizes students for significant scholarship, leadership, and contributions to the allied health professions. This year, nearly 100 School of Health Professions students from New York Tech's Class of 2022 were inducted. 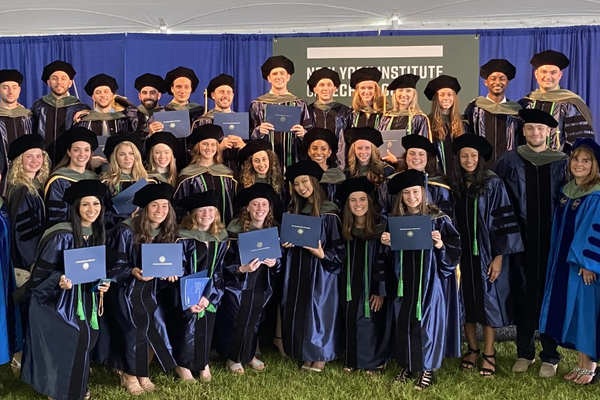 D.P.T. Class of 2022 Receives Doctoral Hoods
Class of 2022 Doctor of Physical Therapy (D.P.T.) students received their doctoral hoods at New York Tech's commencement ceremony on May 22. Receiving the doctoral hood is a rite of passage celebrating the completion of training as D.P.T. students graduate and pursue careers as physical therapists. 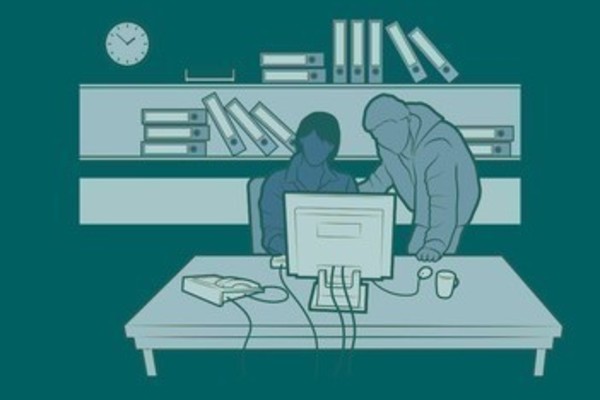 Honor Society - Jun 1
Spring 2022 National Society of Leadership and Success Inductees
For the 2021-22 academic year, 50 students were inducted into New York Institute of Technology's chapter of the National Society of Leadership and Success (NSLS), an organization that provides a life-changing leadership program that helps students achieve personal growth, career success and empowers them to have a positive impact in their communities. 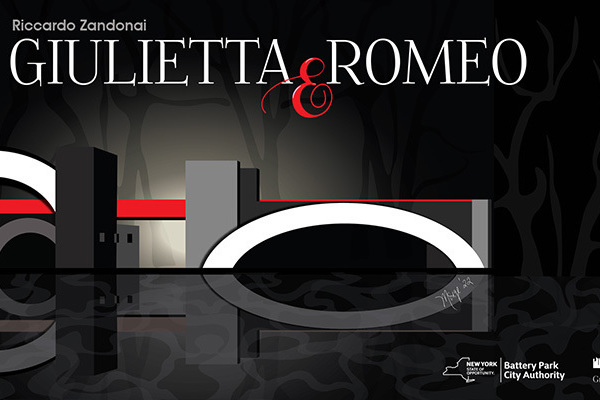 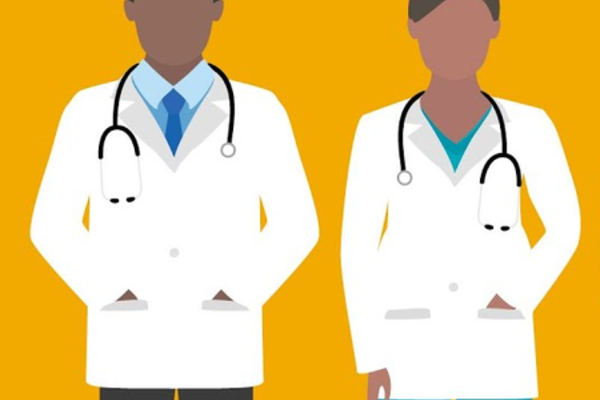 Physician Assistant Studies Class of 2022 Receives White Coats
On May 13, New York Tech's Physician Assistant (PA) Studies program celebrated its members of the Class of 2022 during its annual white coat ceremony. White coat ceremonies are a rite of passage celebrating the completion of students' training as they graduate and pursue careers as PAs. In marking the transition into professional life, the event centers around the symbolic awarding of a new long white coat, which replaces the short student white coat worn daily to class and clerkships. PAs are healthcare professionals who diagnose illness, develop and manage treatment plans, prescribe medications, and often serve as a patient's principal healthcare provider. New York Tech's career-focused Physician Assistant Studies, M.S. program provides students with a strong foundation in science, medicine, research, and transcultural patient care as they build their professional network and prepare for the Physician Assistant National Certification Examination. 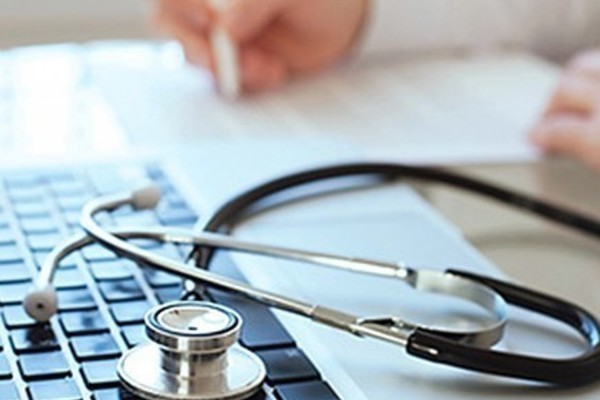 Pinning Ceremony Welcomes Class of 2022 Nursing Students into the Profession
On May 19, nursing students from the Class of 2022 were welcomed into the profession with a pinning ceremony. Nursing school pinning ceremonies are a rite of passage celebrating the completion of students' training as they graduate and go on to pursue careers as RNs. 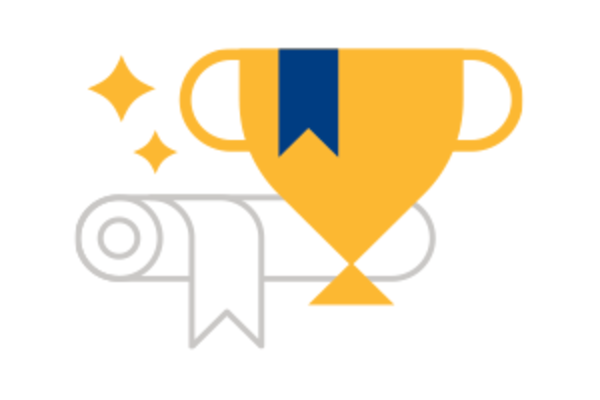 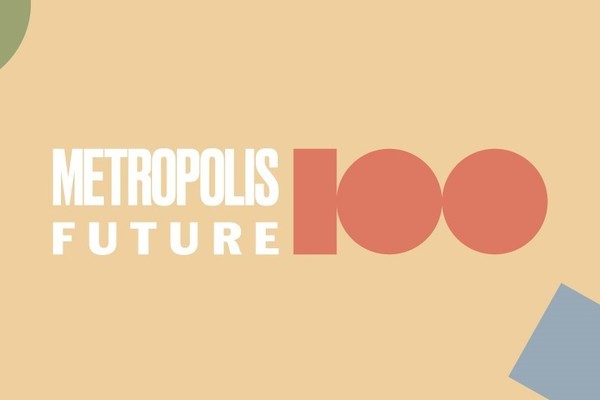 Achievement (Other) - May 12
Student Research Showcased at SOURCE 2022
On April 29, 170 undergraduate and graduate students showcased their research and creative scholarly work at New York Tech's annual Symposium of University Research and Creative Expression (SOURCE). Throughout the day, students shared their research projects in the form of verbal and poster presentations. Research projects included topics such as the 3-D bioprinting of organs, neuromarketing, virus genome analysis, and robotics in medicine, among many others. View this year's event program for a listing of all student projects.

Research / Grant - May 11
NYITCOM Researchers: "Moderate Caffeine Intake with Age"
Two New York Institute of Technology College of Osteopathic Medicine (NYITCOM) students participated in cardiovascular research that spills the beans--coffee beans, that is--on why people may want to watch their caffeine intake as they age. NYITCOM students Victor Chen and Nibras Choudhury, along with Associate Professor of Biomedical Sciences Youhua Zhang, M.D., Ph.D., shared their research findings at this year's meeting of the American Physiological Society, which was held in conjunction with the Experimental Biology 2022 conference, held April 2 through 5 in Philadelphia, Pa. While caffeine is suspected to trigger or exacerbate cardiac arrhythmias (abnormal heart rhythm) in patients, so far, clinical data have been conflicting. As a general guideline, the U.S. Food and Drug Administration recommends that healthy adults consume a maximum of 400 milligrams (mg) of caffeine, or the equivalent of four cups of brewed coffee, daily. The NYITCOM researchers have discovered that sticking to these guidelines may be especially important for older individuals. Hypothesizing that caffeine alone could trigger spontaneous cardiac arrhythmias, the researchers monitored the impacts of caffeine in male and female rats from different age groups. An acute dose of caffeine was administered to four experimental groups: younger (five-month-old) and middle-aged (one-year-old) rats from both sexes. As a control, a group of the younger five-month-old animals was given saline. Using an electrocardiogram (EKG), the team then monitored for changes in heart rhythm. While there is no precise conversion to translate rat age to human age, a five-month-old rat can roughly be considered the same age as a young adult human. At one year, rats are approximately early middle age. Similarly, while there is also no exact conversion for a human to rat caffeine dose, a starting estimate would be about 13 milligrams per kilogram of weight, which is 880 milligrams for a person weighing 150 pounds. The researchers found that the caffeine caused nearly all of the middle-aged test subjects to develop ventricular arrhythmias (abnormal rhythms in the lower heart chambers), including all of the females and all but one male. Among the younger subjects, only two males and one female developed abnormal heart rhythms. None of the controls displayed abnormal heart rhythm. The findings suggest that older individuals may be more vulnerable to arrhythmia caused by high caffeine consumption. While these effects are temporary, they can still have serious health risks that increase with the frequency of the episodes, including lightheadedness, loss of consciousness, and cardiac arrest. Given this, the researchers advise that "it would be wise to consume caffeine in moderation." 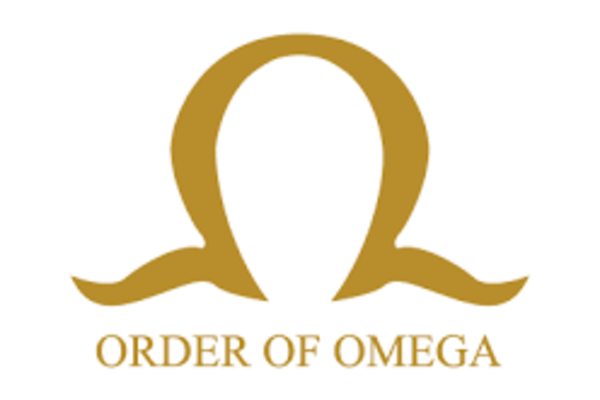 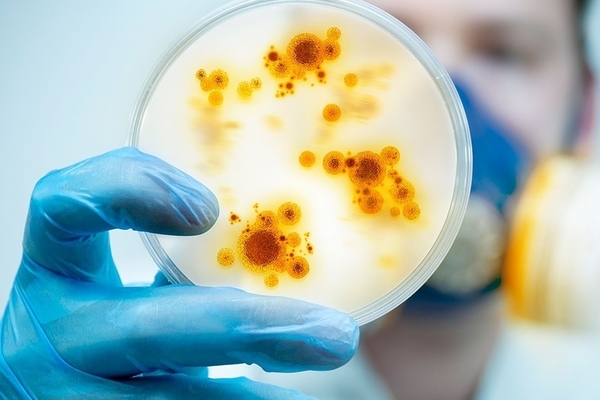 New York Tech Undergrads Publish Microbiology Research
Three undergraduate New York Institute of Technology students helped to author a microbiology research paper that analyzes the genetic makeup (genome) of bacteriophages, or viruses that attack bacteria naturally. This natural ability makes bacteriophages an attractive alternative to antibiotics, especially amidst growing worldwide concerns about antibiotic-resistant "superbugs." The students collaborated with New York Tech Teaching Assistant Professor Joseph Holloway, Ph.D., and Assistant Professors of Biological and Chemical Sciences Leonidas Salichos, Ph.D., and Bryan Gibb, Ph.D. The team's paper, "Complete Genome Sequences of Arthrobacter Phages Eraser, Kaylissa, and Phives," was published April 7 in Microbiology Resource Announcements, a journal of the American Society for Microbiology. The findings were the result of an ongoing investigation that began in the fall of 2019. At that time, a group of New York Tech freshmen isolated bacteriophages from the soil as part of the Science Education Alliance Phage Hunters Program (SEA-PHAGES), a course-based undergraduate research program in which students conduct wet lab and bioinformatics research to find and investigate new bacteriophages. In the course's second semester (spring 2020), students investigated the genome of a phage isolated in fall 2019. The investigations ran remotely for three sequential semesters (due to the COVID-19 pandemic), with each student helping to characterize a different phage that had been previously isolated, for a total of three phages. 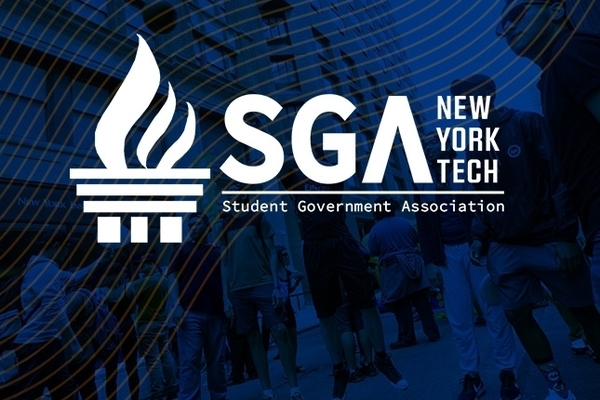