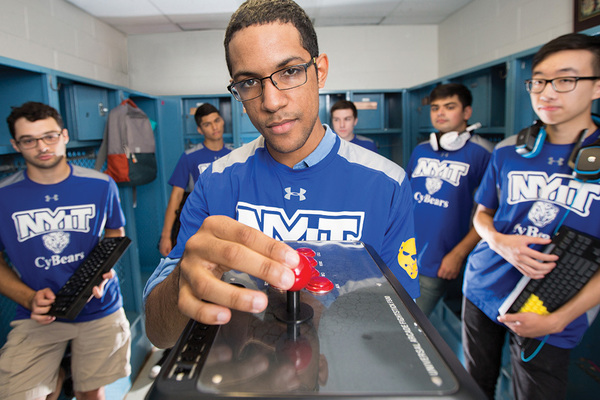 At NYIT, 30 Students Participate in Inaugural eSports Season
Welcome to eSports, a skyrocketing industry and a new frontier on the collegiate athletics scene, where NYIT is poised to become a major player. eSports viewership is expected to reach 380 million this year, (according to market intelligence firm Newzoo), and by 2020, this segment of the video game industry is expected to generate $1.4 billion in advertising, sponsorships, tickets, merchandising, and media rights. "The world of eSports is such a phenomenon," says Dan Velez, NYIT director of athletics and recreation. "It's become more legitimized now that major TV networks like ABC and ESPN are televising matches." Higher education has also taken notice: More than 80 collegiate eSports teams have launched in the United States, according to the National Association of Collegiate Esports. In January 2017, the CyBears, NYIT's first-ever eSports team, officially launched with eight players; this fall, the CyBears are competing in the East Coast Conference's (ECC) inaugural eSports season. The Fall 2018 roster includes 30 students from NYIT's Long Island and New York City campuses who play the top eSports competitive games including Overwatch, League Of Legends, and Rainbow 6 Siege, among others. "I do consider eSports a sport because there is a lot of mental energy required," says Velez. "You have to learn to adapt to situations and possess a specialized skill set. The eye-hand coordination of an eSports athlete is through the roof." The overall commitment to their game makes eSports athletes similar to their traditional counterparts where focus, discipline, time management, and dedication are paramount. To welcome the CyBears to their ECC eSports debut, NYIT is building a new facility for them to practice and compete on the Long Island campus. NYIT has also launched a Center for eSports Medicine to understand the injuries and physical fitness of cyber-athletes and has introduced a customized bachelor's degree program tailored for students interested in emerging video game careers. 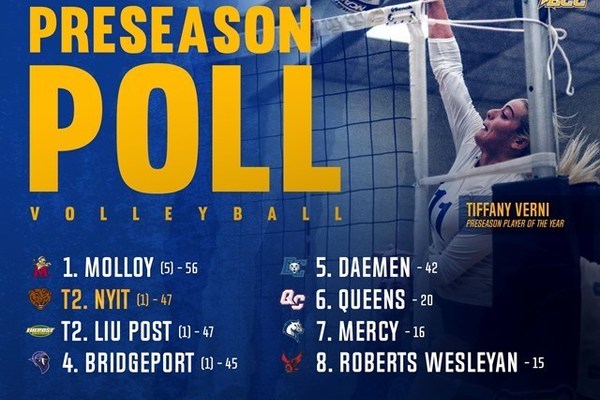